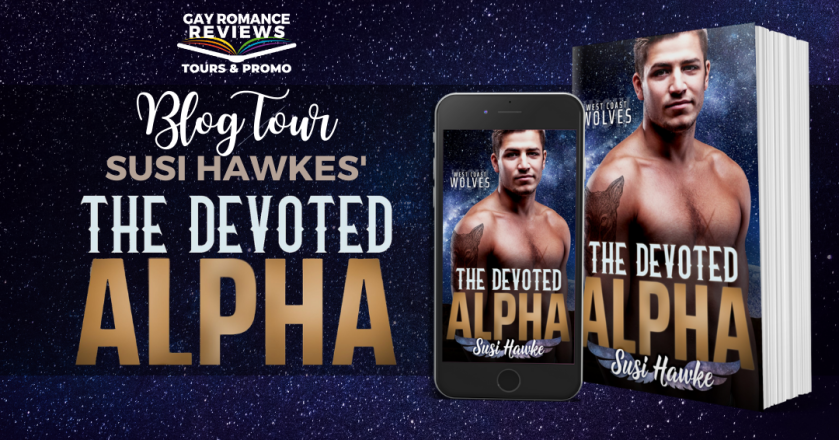 The Devoted Alpha
By Susi Hawke 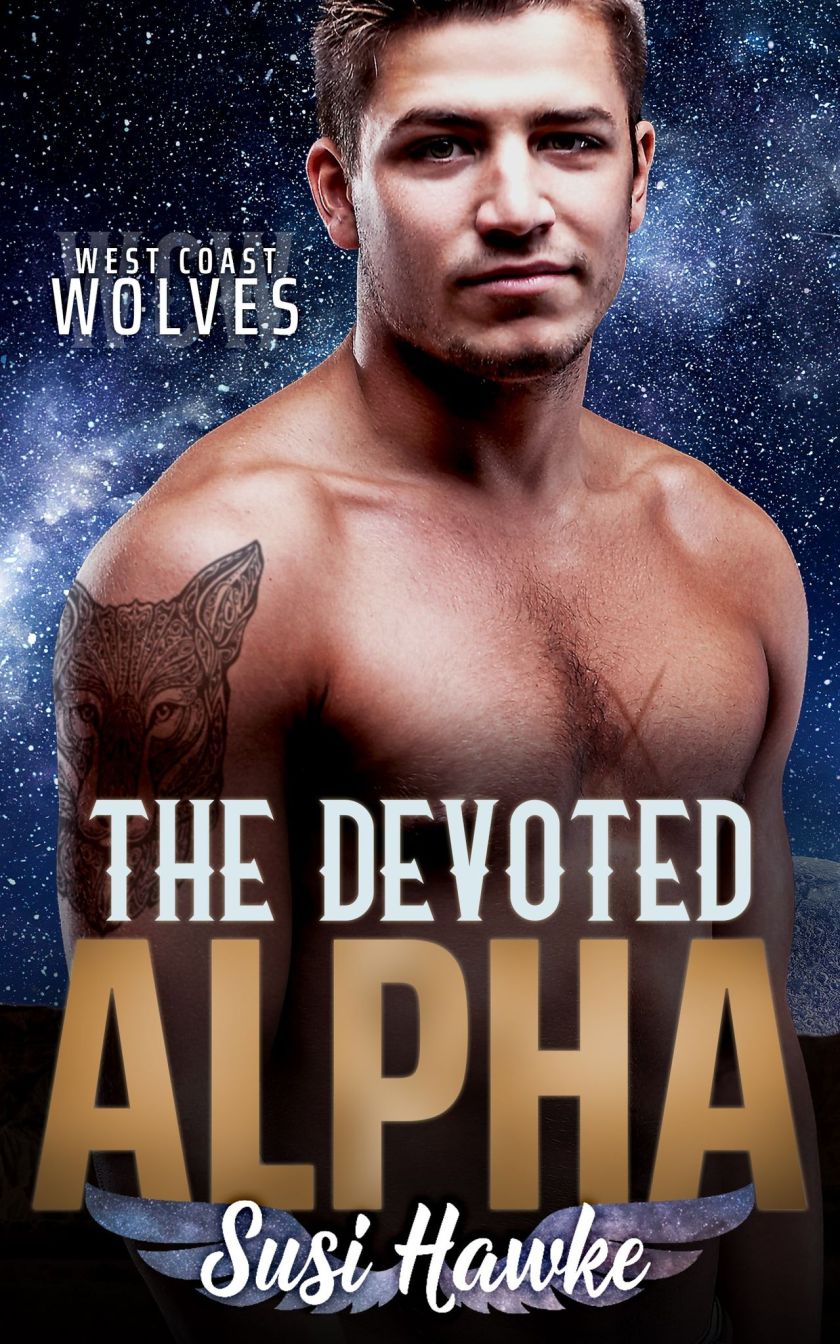 An awkward, traumatized omega and a patient alpha determined to court him properly… fate has a way of righting old wrongs.

Stolen from his mother’s arms and reported stillborn at birth, Tom spent nearly twenty-one years in structured captivity with other stolen omegas. His brothers. A dozen omegas, each with a secret superpower, who now must learn a whole new skill—how to thrive in a modern world.
Not every brother emerged from their past unscathed, and Tom had the worst of it. His key to survival was a healthy respect for rules. Now that he’s free, he’s still a little bit obsessive and a whole lot compulsive. He’s got anxiety, fear of change… and a list of plans for his future.

None of which involved finding a fated mate.
But if they had? His plans definitely wouldn’t have been to meet his dream alpha while smelling of afterbirth and the blood of an enemy killed in defense of his pregnant brother—the same brother whose child he then had to deliver… post-shift and naked.

If he’d been planning, if he’d made a list and checked it twice, Tom never could’ve designed an alpha more perfectly devoted than the delicious one fate put in front of him during one of the craziest days of his life… an alpha so patient, he insists on courting the skittish omega.
The West Coast Wolves is an mpreg series about five alphas. A small pack of bikers who spent years riding the highways and helping those in need until fate gave them each a pack to lead. This 85k full-length novel is Nick’s story. Prepare yourself for a romantic courtship, a perfect first kiss, and more feels and giggles than you can handle. But then again, this is a Susi Hawke book so what else can you expect?

Possible triggers for child abduction, trafficking both past and present, and haunting memories of past abuse that included both humiliation and the non-penetrative molestation of a teenager by a person in authority. 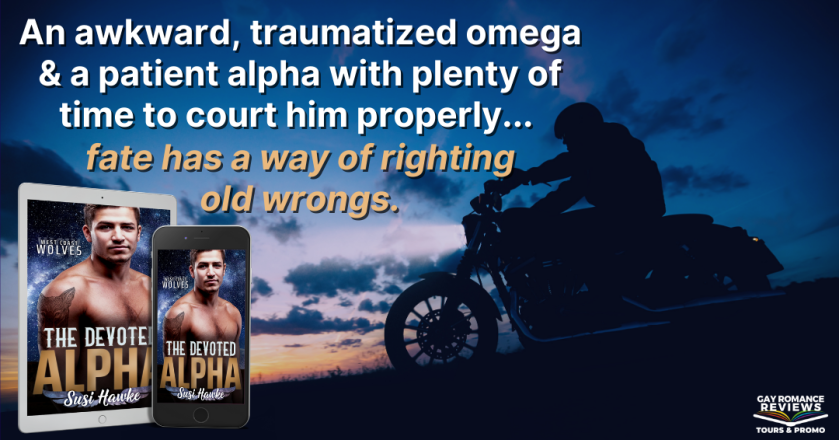 As much as I wanted to see what happened next with them, the crying baby drew my attention. Exactly like Wilson had described, the baby was in a fucking cage. A metal crate used to kennel dogs. A little boy with white-blond hair huddled beside it, his fingers curled around the bars. He was desperately begging the baby to stop crying while the two big men stood nearby, loudly threatening them pain if they didn’t shut up.

The one closest to the boy drew a massive fist and stepped closer, turning my blood cold. I didn’t know whether he would actually do it or was merely threatening.

I took a chance and stepped into the room, motioning for Tom and his brothers to follow. “I need you to distract the little boy so he doesn’t see that fucker die.”

At once, two fire sprinklers went off, one in the kitchen, the other in the main living/auction area. Water sprayed up from the sink like a geyser—and things went weird. The water in the main area poured at an angle on everyone fighting, as if an invisible finger was aiming a garden hose with a sprayer attachment. Somehow, the computer equipment wasn’t harmed.

Circus music played in the background, but I didn’t stop to listen. I was too busy trying to make sense of seeing the impossible in the kitchen. All the water in the room, from the fridge door, the sprinkler, and the sink, aimed toward each other and merged together, forming a clear wall between the pups and the guards.

The one who would’ve punched the boy backed away, tripping over his own feet as he desperately scrambled around the counter. The other guard shifted on the spot and ran.

Before the asshat who thought he could punch a child could flee, I pulled the trigger. I’d needed him away from the boys so I could fire. He made it around the counter, took another step, and then dropped when my bullet met his head.

It wasn’t as satisfying as ripping out his throat, then stuffing it with the fist he’d been so ready to use, but I figured I’d get over the disappointment.

A pair of avenging wolves took out the other guy. Watching him get torn apart was almost enough to sate my wolf after his partner’s too-easy death.

I wanted to keep track of the fight and see how many of the fuckers were left, but I felt compelled to keep an eye on the boys as if they were my own. Tom grabbed my arm, getting my attention before I could look again. He nodded in their direction with a watery smile. “What do you think of our distraction? Betcha that pup won’t have any nightmares.”

Glancing back toward the kitchen, my mouth fell open. A swarm of butterflies—huge-ass, Disney cartoon, zip-a-dee-fucking-doo-dah butterflies in every color of the rainbow—fluttered over and around the baby and the little boy. They twirled in the air, dancing just out of reach while circus music played. Hearing it, I smiled. The music made it harder for the boys to hear all the snarling and growling as death happened on the other side of their island counter. 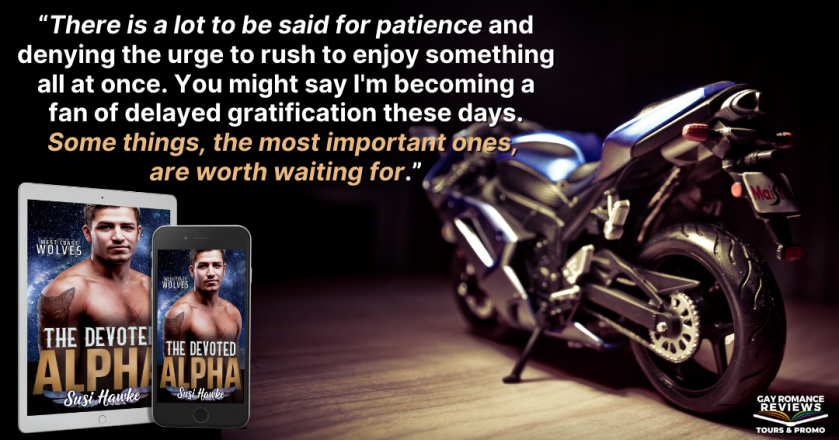 To celebrate Susi’s new release, we are giving 2 lucky winners the chance to win an e-copy of their choice from Susi’s backlist!

Enter the Rafflecopter giveaway for your chance to win! 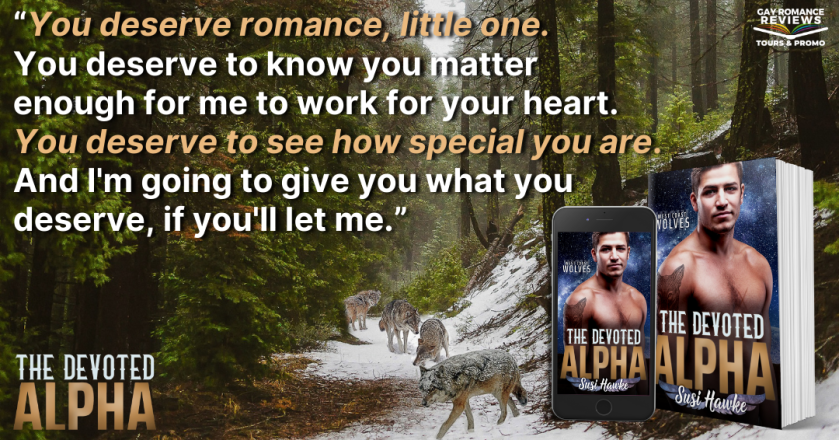 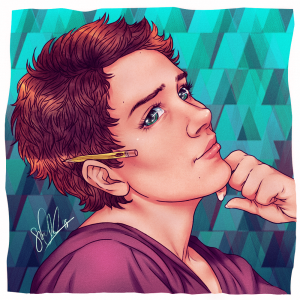 I’m a happily married mom of one snarky teenage boy, and three grown “kids of my heart.” As a reader and big romance fan myself, I love sharing the stories of the different people who live in my imagination. My stories are filled with humor, a few tears, and the underlying message to not give up hope, even in the darkest of times, because life can change on a dime when you least expect it. This theme comes from a lifetime of lessons learned on my own hard journey through the pains of poverty, the loss of more loved ones than I’d care to count, and the struggles of living through chronic illnesses. Life can be hard, but it can also be good! Through it all I’ve found that love, laughter, and family can make all the difference, and that’s what I try to bring to every tale I tell.