So, Andorra Sector is the second book in the Zombie Year 2099 shared world. This one is also the first book in a new series, the X-Clan Series, which is a shifter Omegaverse series, so you know that I am going to be all up over that bitch, right?

So, Andorra is a tiny little country in Europe, high up in the mountains in between France and Spain. In our book, the zombies have been around for a long time, and Andorra is ruled by wolf shifters. The main city is a domed city, and they specialize in high tech. There are humans around, but not all that many of them, and what few there are living in caves and are barely scraping by. The wolves use them as kind of an early warning system. The zombies are going to go after the humans first, and the wolves will be able to protect themselves by rooting out the zombies.

So, with all that said, here’s our story. We have Kat, a human, and Ander, the Alpha of the Andorra Sector. We meet Kat because she is with a bunch of humans who are trying to find food. The guy who is leading them took them to a food shipment vehicle. Which, of course, goes to the wolves, which is basically suicide by wolves. That’s what happens. The wolves find the humans trying to take the food, and all of the people are killed. Well, all but one. The guy in charge of the raid sees Kat and there is just something about her that he wants to learn more about, so he takes her back to the city, where he’s going to have some testing done, and see if they can turn her into a wolf.

Meanwhile, we have Ander. He’s a really strong Alpha. He wants to make sure that his people are strong. One problem is that they don’t have enough Omegas. Omegas are rare enough anyway, but among the X-Clan wolves, they are even rarer. The other X-Clan enclaves won’t trade Omegas over to Andorra, so he’s trying to come up with another solution. In this case, that means trading Omegas for tech from another clan of wolves, and hoping that they are compatible. But then, Kat shows up.

Kat gets tested and they give her the serum to change her, and change her it does. It turns her wolf, but more than that, it turns her into an Omega. Kat, being Kat, isn’t going to let anything stop her, and she decides that she’s going to escape. And she does, for about a hot minute, before she runs into Ander. Quite literally.

I like Kat. She is fierce and determined. In the blurb, it says that even though she’s an Omega, she’s an Alpha inside, and I totally would agree with that, 10000%. She’s a fighter. She’s had to be, just to survive the shitty life that humans live now. When I say that she’s a fighter, I really mean that. She’s a fucking fighter, as in she kinda sorta stabs some wolves in her escape attempt. She’s also confused as to what is happening, and at an extreme loss.

Oh, I kinda really hate Ander a lot of the time in this book. He’s really a prick. There are times when I do like him. He’s still a prick at those times. I think that’s the mark of a good writer and a good character. If you can feel such extremes in one book for one character, and sometimes feel them at the exact same time, then you know the author did their job, and did it well. Anyway, Ander is a good leader. He wants to have the best for his people, and he’s willing to do just about anything to help them and to keep them flourishing. Then there is Kat, and what he wants from her. He wants her to be his mate, and knew that she would be from the second that he saw her.

I’m really looking forward to reading more in this world. I think it’s going to be truly fascinating. 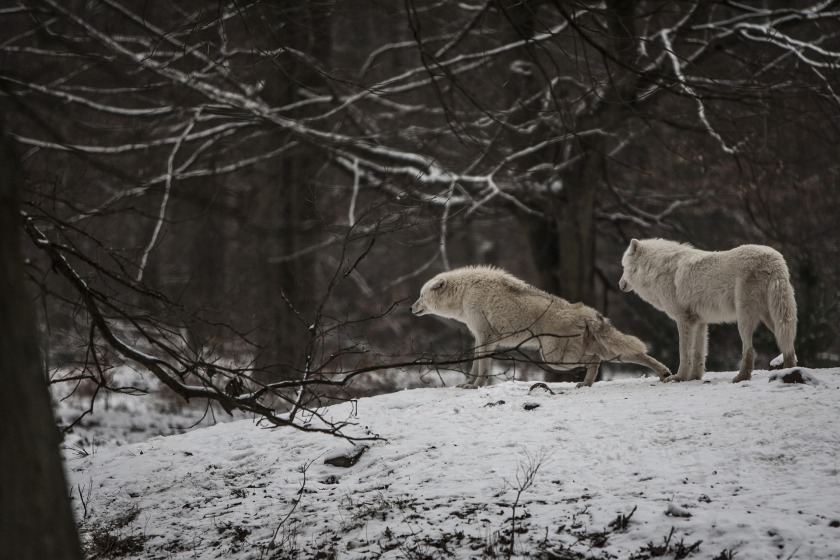 I hate, hate, hate Ander for saying something stupid. All he had to say was this one stupid thing, and that was all it took. He was also operating under a set of circumstances that may or may not have been faulty.

I’m really glad that Riley was there.

OK, that’s all I have to say on this one. Go check it out. Happy reading!