Well, Eva’s back. And she’s as dark as ever. Her Broken really broke me, and Damaged did a lot of damage to my peace of mind. It is dark, and some really horrible shit happens to Quinn in this book.

When we left Quinn, she had been repeatedly gang raped by a shitload of men, and was shattered and broken. She has been dropped off with a man named Lee, who is a crimelord in his own right, and a not very nice man at all. He has an entourage of even nastier Alphas who hang around him, including Ilya. Lee really likes the very pregnant Quinn, and coddles her, well sorta, while at the same time fucking her brains out. As a very pregnant Omega, she needs to have an Alpha help her. It should be her mate, but it’s not, it’s Lee. Lee, who likes to take her down to his torture chamber and make her watch him and his men literally tear people apart.

Quinn, who should be breaking down in all the bad ways, is staying as strong as she possibly can. She’s got to save her child. She wants to get out of Lee’s grasp, but she knows that she can’t, at least not while she’s pregnant. She just can’t see any way to do it. Lee has promised to not do anything to her daughter, so she’ll just go along as well she can, until a point comes when she can’t.

Meanwhile, there are all kinds of things going on that Quinn doesn’t even know about. Of course, we don’t know about a lot of them until they happen, which makes them even more shocking. We do get to see some of the machinations because there are times when the story isn’t in Quinn’s POV, but not often. I think that it works really well that way. I’m not going to complain one little bit about it.

There is going to be at least one more part to this series, I think. I’m really interested in getting to the next book, because of the way that certain things happened towards the end of this book. I can’t say what, because spoilers, sweetie, but let’s just say that the things I’m thinking about made me wonder how much influence things can have over people. Clear as mud, right? Yeah, I know, but it’s not always easy trying to talk about these things without spoiling everything, and you know how I feel about spoilers.

Anyway, yeah, this is dark, but I feel like it’s maybe not quite as dark as the first book. Of course, not as dark doesn’t mean light at all, you know. And being dark, terrible things do happen. Really terrible things. Some good things happen too, but not nearly as much. I feel sorry for Quinn, because she’s put through so many terrible things, and she feels like she’s going crazy. Of course, she might be going crazy for all we know. Of course, being crazy in that situation would actually make sense, because when you are stuck in a crazy terrible situation, the most normal thing in the world is to end up adjusting to what’s going on so you end up crazy too. Add in a huge dose of PTSD from what happened before she got to Lee, and well, you get the picture.

And really, everyone should just let the poor woman have a cheeseburger. 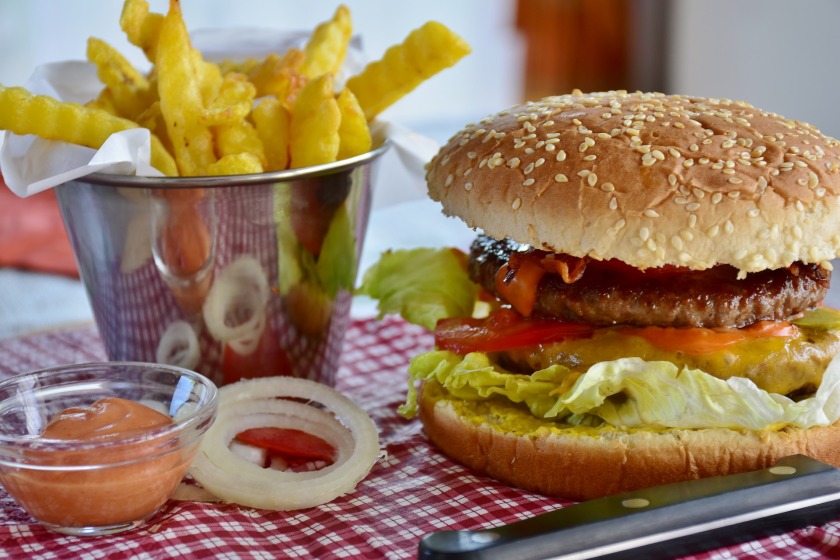 I don’t know how I feel about Tobias in this book. Yeah, he’s a hero because reasons. But he’s also an asshole because of lots of other reasons. I don’t think that the good stuff outweighs the bad stuff. But what does that make Tobias overall?

OK, that’s all for today, go check it out! Happy reading!