When you put these two ladies together, you get some magic. And Share Me is definitely in that magic category.

This book is an RH, which means we’ve got a lot of very hunky guys with just one very lucky woman. In this book, we have Clove, along with her guys, Sebastian, Leo, Zac, and Ford. And while I don’t really want to be Clove, I wouldn’t mind filling her shoes for a hot minute.

So, Clove, at 17, lost her mother. Her father is a politician and she’s practically an accessory to him. At her mother’s funeral, when a reporter gets in her face, she gets rescued by 4 definitely hot and hunky guys. Turns out that they are her new protection detail. Seb, Leo, Zac, and Ford all served together and then they started a security agency. They are all so close that they are basically brothers.

Fast forward 6 years, and Clove is still stuck being her dad’s accessory as he’s now running for the White House. She has a boyfriend, but he’s not all that exciting. Besides, she’s deeply in love/lust with her guys. So, she takes off to dump her boyfriend and then meet her father for an “outing”. For outing, read photo op. On her way out of the cafe, some dickwad purposely aims for her with his car. Luckily, her security was top-notch and they saved her. But now her dad wants to send her to a safe house, along with the guys, so they can find out who did this and to keep it from happening again.

Being as there are 4 heroes, you can pretty much guess that there is all the sex, all the time, and you’d be right. There is a lot of sex, and it happens a whole lot. I have to say that this is pretty much filthy. And filthy in the very best kind of way. There’s some one-on-one, but most of the sex is done in groups of two or more. There’s some really dirty stuff that happens, so you might want to be prepared for a cleanup at some point.

But, even while this has all sex all the time, it’s not just all sex all the time. There is an actual plot here, which is to guarantee Clove’s safety. There’s also a budding relationship being built. While the guys have been her safe spot for 6 years, having them as her friends and security guys are different to having them as her lovers, and it’s an altogether different kind of dynamic that they have to figure out. Then you toss in some distractions, and well, you get the idea. 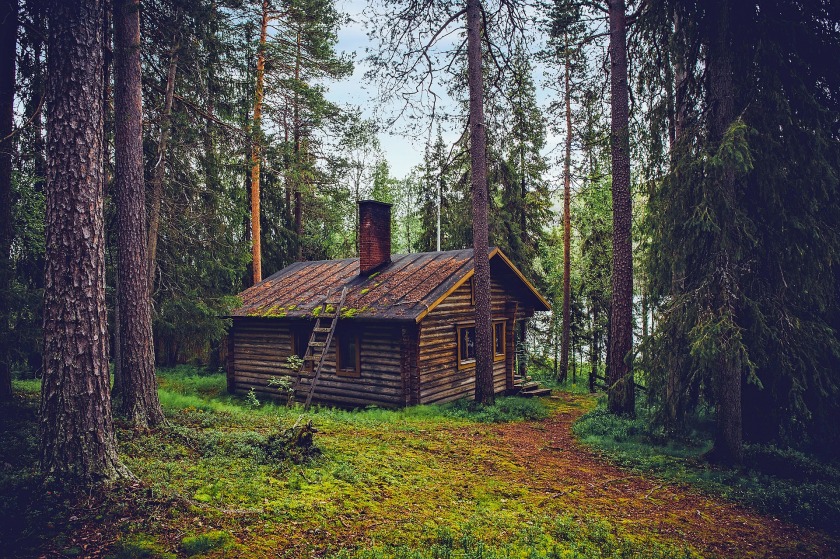 OMG, the scene with the bear? Fucking steaming.

OK, that’s all I have to say about this one today. Go check it out! Happy reading!