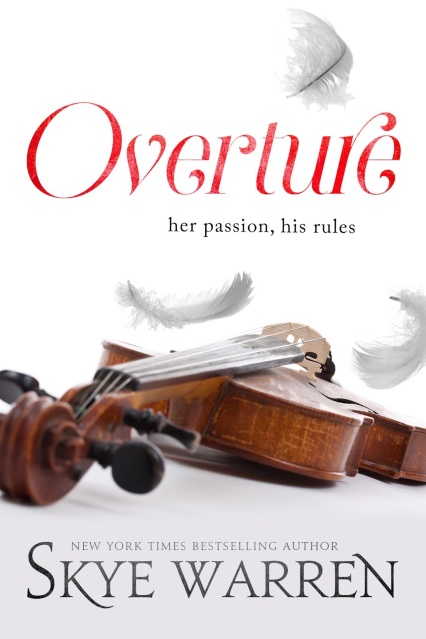 Genre: Contemporary Erotic Romance
Release Date: February 19, 2019
Blurb
Forbidden fruit
never tasted this sweet…
The world knows
Samantha Brooks as the violin prodigy. She guards her secret truth—the desire
she harbors for her guardian.
Liam North got
custody of her six years ago. She’s all grown up now, but he still treats her
like a child. No matter how much he wants her.
No matter how bad he
aches for one taste.
Her sweet overtures
break down the ex-soldier’s defenses, but there’s more at stake than her body.
Every touch, every kiss, every night. The closer she gets, the more exposed his
darkest secret.
She’s one step away
from finding out what happened the night she lost her family. One step away
from leaving him forever.
ADD TO GOODREADS

Exclusive Excerpt
I crouch down in front of her, the
same way I did when she was twelve years old. Even then she would clutch her
violin for comfort. She does it now without even realizing. “Samantha, I told
you that your father had enemies. If they think you know something—”
“I was just a child.”
Children can be dangerous. This one
had always terrified me. “A child who might remember something from when she
was hiding under her father’s desk. Not only from the day he died. From before
that. A phone call. A conversation.”
She stares at me, bewildered.
“What could I have heard that’s dangerous?”
Because her father was a diplomat
between politicians who aren’t in power anymore. That’s what she means. But what
she doesn’t know is that he was a traitor to his country. That his actions
disrupted governments—this country’s government—with repercussions that
continued past his death.
Yes, people would kill to keep
those kinds of secrets quiet.
“I’m going to ask you to do
something, Samantha. When you do the press for the tour, when the reporters ask
you about this, say you don’t remember anything.”
She blinks. “They’re only going
to ask about the music.”
“Kimberly Cox didn’t only ask about
the music.”
Her brown eyes turn dark. “Are
you sorry she came here?”
She isn’t asking about the damn
questions. She wants to know about the kiss. I should say yes. I should be
sorry that the woman kissed me, that I kissed her back for even a split second,
wanting her to be someone else. But that led to me walking in on Samantha. As
wrong as it was, it was the single most erotic experience of my life. It was
more than I dreamed I’d ever have of her.
To my shame I’ve jerked off to
the image of her in my head every single night. Every morning. My cock throbs
in my slacks right now, eager to push through the fabric. To shove aside her
skirt and press itself into her warm, welcoming body. She’d let me. She’d beg
me to keep going.
“No,” I say, my voice rough. “I’m
not sorry.”
Hurt flashes through her eyes,
but I can’t begin to explain the complexity of my feelings for her. The way I
shouldn’t want her. The way I want her anyway. My father always said I had the
devil inside me. Part of me never really believed him—at least until I saw her
masturbating. It took every last, torn shred of decency I have left inside me
to walk away.
Her chin rises, because she’s
always been so damn strong. She’s always deserved better than me. “I’ll agree
to your rule if you answer one question. Honestly.”
My insides tighten. I don’t want
this bargain, but her safety is worth it. It’s worth anything. “What’s the
question?”
I expect her to ask something
about her father, to finally back me into a corner and demand the truth. She
deserves that much. Why did you get
custody of me? What happened to my father? I would have to tell her.
“Did you ever want me?” she asks.
“Really want me.”
I swallow hard. “That’s what you want
to know?”
The milestones are coming at me
fast, and they’re coming hard. Soon she’ll graduate from high school. She’ll
turn eighteen. Those milestones are taking her away from me, bit by bit. None
of them compare to what happens when her tour begins. Then she moves to
Tanglewood for two months of practice for the tour and the opening show. She’ll
travel the whole world.
“Yes, I want you,” I say, my
voice hard. “No, that doesn’t even begin to describe… I need you. I crave you.
I dream about that kiss in the club.”
“Then why won’t you—”
“Because you’re not eighteen, for
one thing. Almost doesn’t count.”

Skye Warren is the New York Times bestselling author of contemporary romance such as the Chicago Underground series. Her books have been featured in Jezebel, Buzzfeed, USA Today Happily Ever After, Glamour, and Elle Magazine. She makes her home in Texas with her loving family, two sweet dogs, and one evil cat.