This book. This is just a wow. When I finished reading The Messenger, I was just like wooooow. Yeah. I loved the blurb when I read it, and I was so excited to read it, so I’m so glad that it was so good. TM Smith has done something pretty great. She’s written a strong romance with loads of layers with gay angels as the heroes that falls within a Christiancentric framework without being preachy or anything. It’s very spiritual though, and the sex scenes, which are very hot, are also somehow sacred and special. There’s a real Song of Solomon vibe. If you haven’t read that book of the Bible, you really should. It was banned back in the day because it was so provocative. So let’s talk about this book.

The way that Heaven works is that there are various choirs of angels. Each of those choirs has its own particular job. This series primarily deals with Archangels, which are the strongest and highest choir of angels. Archangels have the most important jobs in Heaven. Michael, the All Father’s general, Gabriel the messenger, so on and so forth. Then there’s Lucifer, the Morning Star, Bringer of Light, who was the first and foremost angel, the one that created first and as the right hand of God.

Michael and Lucifer are lovers and are bonded. They are connected on a deeply spiritual level, and can feel each other’s spirit. It’s just perfect. Well, except for one tiny thing. Lucifer has an intrinsic darkness which is starting to overwhelm him and drive a wedge in between him and Michael.

In the wings, we have Gabriel, the messenger, the angel who helps to shepherd innocent souls to Heaven. He has a very intrinsic innocence and light within. He also loves Michael deeply and strongly, but he doesn’t do anything that will shatter the bond between Michael and Lucifer. Michael is starting to feel that draw and attraction to Gabriel too. And Lucifer knows it, and isn’t happy. He depends on Michael to push his darkness back, but it’s not working anymore.

The book is told through several POVs. You get Michael, Gabriel, Lucifer, All Father, and the Holy Spirit True. It could be confusing with all those POVs in there, but it really isn’t. There is a large timespan going on in the book, but you don’t really get a good idea of how long it is, because there really isn’t given time, except for maybe once or twice, but that fits within the whole time eternal setting of the book. 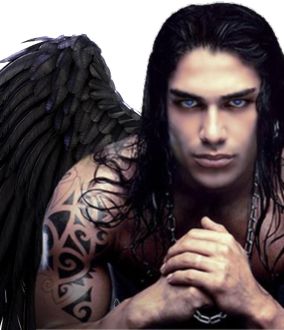 The scenes of the angels and Christ are just amazing. None of them are told from Christ’s point of view and you aren’t getting the Christian believes, but you are getting the angels’ viewpoints, and they are just fantastic.

OK, that’s all I have to say about this one. I can’t recommend it enough. Happy reading!

One thought on “TM Smith-The Messenger”