What happens when you put two Daddy authors together and let them go crazy with fairy tales? Well, you get Ogre Daddy. I like Allysa’s and Rayanna’s books when they are writing solo, but when they are writing together, it’s a lot of fun. Ally and Rayanna are good friends and you can really tell when it comes to their co-writing. It’s obvious, to me at least, that they had a lot of fun writing this, and I can just picture Ally jumping and down and bouncing off walls while they were writing. I think that really translated over to Ariana. And yes, for some reason, it’s always Allysa that I see bouncing off the walls and not Rayanna.

Lamira the sea witch wants to be the queen of Venus, a small island. When she finds out that the King, Queen, and their daughter Princess Ariana are all out on a boat, she makes plans. She’s going to kill the King and Queen, become Queen and keep Ari as a pet. So she sends a huge storm to swamp the boat. Only Ariana and Grayson, the fisherman, survive.

Grayson sits at the hospital with Ariana waiting for her to feel better. When he runs home really quickly to get stuff for her, everything changes. Fifteen minutes later, he leaves his house, and there’s a new Queen, a new castle, and everyone is different.

Meanwhile, Ariana is sitting in the hospital when the new Queen, beautiful, regal, kind, and loving, gives her a special book that’s just for her. That makes Ariana feel so special and whenever the Queen turns her attention to her, Ari just feels like the center of the universe. When Grayson, who isn’t changed by everything confronts the sea witch who is now the Queen, he ends up being turned into an ogre with no voice.

And thus, 2 years happen, and nothing gets better.

There was a lot of fun stuff going on in this book. For one thing, you get a real feeling that the ladies are playing with eras and such. I mean, you have an ogre, so you are thinking fantasy era and such, but you have an ogre who is bitcoin farming and uses Amazon Pantry to grocery shop. Everything has a mashed up feel like that, which I thought was pretty awesome. Then you get bits and pieces of various fairy tales. Maybe Allysa and Rayanna didn’t plan to play with fairy tales, and I’m just seeing them there and it’s all in my head, but I see them there, or at least some parallels. Like when the sea witch turns Grayson into an ogre and takes his voice, I totally see Little Mermaid in there. Plus you get the fact that the villain is a sea witch and Ariana’s name is so close to Ariel. Then there’s some Beauty and the Beast, with Grayson being a huge ogre that has been changed by magic from a man to beast. I saw lots of other bits and pieces in there. For all of the fun stuff in there, you also have some not fun stuff, and the sea witch isn’t nearly as nice as Ursula was. She’s Ursula’s much eviler twin. I mean, she makes evil twins look like Little Mary Sunshine. 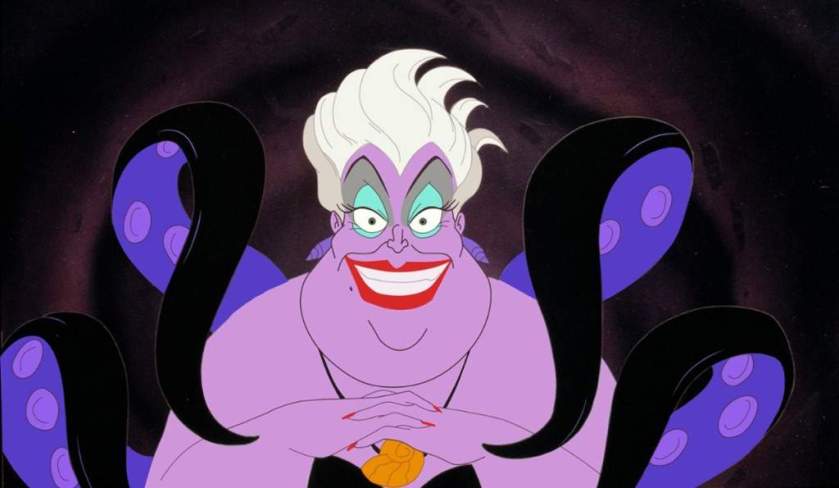 OK, the words in the spell that Ariana uses look like they are Finnish to me, but when I put them in Google Translate, they didn’t really come up as anything, so either they grabbed some nonsense Finnish words or maybe Elvish from Tolkien, or they are just nonsense words. I have to know this now.

I really felt sorry for Ariana. That’s 2 years of horrible shit to have to try to get over and through. It’s a good thing that she had Grayson there to help her through it.

OK, that’s all I have to say about this. It’s a fun story with lots of love, some bad shit, and lots of spankings. Happy reading!