So, Addison Cain is my pusher and enabler. Not only does she write books that I read over and over and over and over and over, but she also suggests books that she’s read that she thinks people will like. Well, I’ve learned through experience that if Addison suggests a book, I should totally go read it. She hasn’t steered me wrong yet. So, when she raved about R. Lee Smith’s The Last Hour of Gann, I knew I was going to read it. I had looked at the blurb a couple of times, so it wasn’t a hard decision.

OK, so let’s talk book. The book takes place in the future. The Earth is crazily overpopulated. In fact, it’s so overpopulated that there are laws about reproduction. Women are given implants so that they can’t get pregnant. There is a group called Manifest Destiny that has come up with a pioneering ship. The people on this ship are going to go on a 5 year trip in suspended sleep. They are going to do something called tunneling through space to get to an Earth-like planet where they can colonize. On the first trip, they are offering all kinds of bonuses to get people to go. And this is where we enter.

Amber and her younger sister Nicci have just lost their mother. She was a prostitute and a drug addict. Less than 5 minutes after their mother has died, an eviction notice is posted on their apartment door. They basically have 30 days to figure out what to do, and their options are shit, a bigger pile of shit, an even bigger pile of shit, or to get on the colony ship. Amber is pragmatic, realistic, and doesn’t give a fiddler’s fuck about what anyone thinks of her. She’s tough. She’s had to be. So, she lays out all the information to Nicci and tells her what she thinks they should do. Nicci, a whiny little twat, cries and cries and cries, but finally decides she’ll do it. When they go in for the signup, Nicci goes through with no problems, but Amber is overweight and asks for a little time. (I don’t mention this for no reason, her weight is a big deal.)

So, Amber manages to lose just enough weight to get to go on the ship and it’s all of a sudden loading day. Part of their agreement was that Nicci and Amber would be together, because Amber has to take care of Nicci. Nicci’s a little bit of a wet noodle. But, since they got approved a couple of weeks apart, they aren’t in the same area. So, Amber talks to the Manifest Destiny guy nearby, Everly Scott, to try to get them back together. She doesn’t make friends with Scott.

The next thing Amber knows, the ship has crashlanded on an alien planet. Of the tens of thousands of people who were on the ship, very few survive. Scott, of course, is one of them. There are also some Fleet personnel. Amber tries to get everyone to leave the area near the burning ship, but the nice Fleet man convinces most people to stay there. However, Scott, kind of stealing Amber’s plan, suggests that the set up a “forward outpost” on a hill. Turns out that was a good idea. On the other side of the hill is a lake, and as the small group of people go to look at the lake, the ship explodes.

Meanwhile, Meoraq, a Foot and Sword of God, sees the burning ship and decides that it’s an omen for him. He’s basically a holy judge. He has a patrol area of various cities and he goes through each of those cities, and will do trials by battle. He also gets to fuck pretty much any female that he wants. Anyway, he sees the omen and decides that he’s going to go find it. On his way, he stops at a city and finds out that his father has died and he is now head of his House and he’s going to have to go take up that mantle. But before that, he’s going to go on a pilgrimage to the most holy shrine, which just happens to be in the same direction as the tower of fire.

The humans have tried to figure stuff out. Scott has decided that he’s in charge and that the 48 people, 37 men and 11 women, are a colony, and they have to take everything they have with them, including machines that won’t work and bags of cement. He’s also going to ration out all the food. Everyone is getting 3 meal bars, except for Amber, because she “has a lot of reserves”. In reality, it’s because she has argued with Scott over everything, and he has to punish her. He does this by taking food away from her and by othering her. So, she decides that she’s going to go hunting, and finds Meoraq instead.

This is a long book. It’s a long slow burn too. The thing is, that you can’t take a word out of the book and make it any better. For all that it’s long, it’s really tight. Smith put a lot of work into the book, and it’s obvious. There are also so many, many things that go on in this. Meoraq is crazy religious. His whole society is set on this religion, and he’s one of the elite in it, so he does a lot of praying and thinking about God. So when the humans show up, he has to figure out where they fit within his religion’s framework. So there’s that whole journey, which is fascinating to read. Generally, he’s pretty good with it, but he does use prayer as a passive-aggressive tool as well, which is occasionally funny. He is also very, very obvious in who he likes (Amber) and who he doesn’t (everyone else). Amber is smart, stubborn, fierce, determined, and tenacious. She also has a better grasp on what’s going on than Scott does, and she tries to get people to listen to her, but she’s really Cassandra. So, there’s the whole layer of the way that Amber gets treated and that evolution. Then you have Scott and the rest of the humans and how they behave. It’s a really interesting story and one that I really loved reading.

One nice thing about the book is that neither Amber or Meoraq are perfect. In fact, they are both pretty damn imperfect a lot of time. They are also downright unlikable at times. It takes a lot of guts to make your heroes be as unlikable as these two are at times. It really upped my enjoyment of the book. 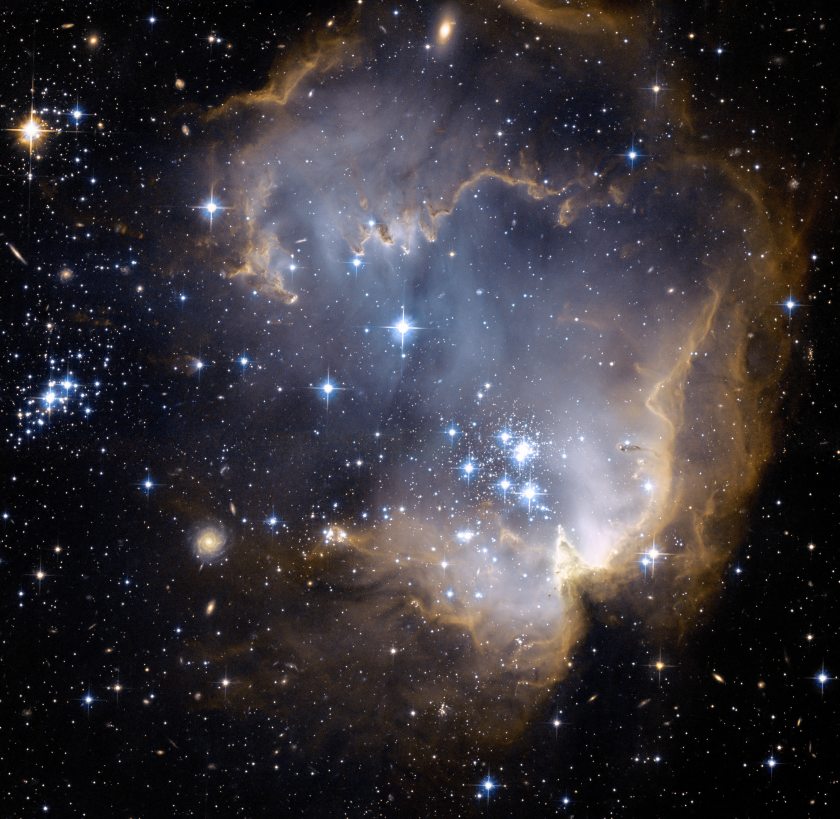 I hated Scott from the first time we saw his officious petty ass. He was slimy and he schmoozed really well, which made it easy for everyone to believe him. And since everyone wants to have someone to blame and Amber made herself not popular, she made it really easy for him to treat her the way that he did. I mean, damn, it got really bad. And he treated Meoraq really, really bad, but even then, I think he tried Meoraq better than he treated Amber. Of course, Amber didn’t carry swords, so there’s that. I was really happy that Scott got his. I wished he got more though. His fate just didn’t go far enough, especially since Amber tried to save him time and again.

And Nicci. Too bad she didn’t stay on Earth. I’m an older sister, so I totally get wanting to care for your younger sibs, but Nicci never loved Amber and it became more and more obvious as they were on the alien planet longer.

I didn’t like any of the humans outside of Amber. Some of them tried to be decent sometimes, but trying to occasionally be decent doesn’t mean anything when it comes to being a prick all the rest of the time.

I would love to see a short story that catches us up on Amber and Meoraq and what’s going on with them now, but I’m perfectly happy if we don’t. The end was a satisfactory end for me, so I’m good with that.

Go check this out, it’s on KU. It’s worth reading, especially if you love epic scifi. Happy reading!